Why Albert is living in fear

Like many people living with albinism in Swaziland, Albert fears for his life. But thanks to our supporters, the Bible revives his soul. Read his story. 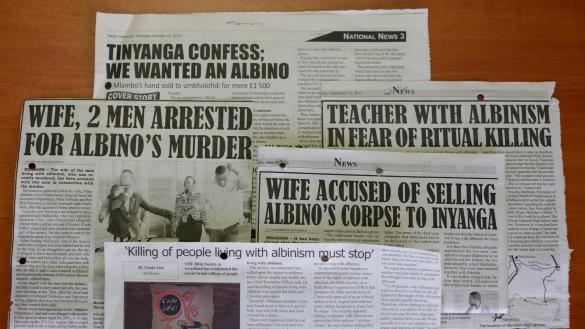 Reports of barbaric killings and mutilations’

Can you imagine what it would be like to live in constant fear for your life, because people want your body parts? That’s the unthinkable reality for Albert Makhanya, who lives in southern Africa with a condition called albinism.

I met Albert and his family on a trip to Swaziland. Here, traditional healers believe the body parts of people with albinism can bring wealth and cure disease. There have been a series of barbaric killings and mutilations – and Albert is afraid the so-called ‘albino hunters’ will come for him.

‘It scares me,’ he told me as we sat outside his mud and wood house, with smoke from the fire drifting across us. ‘Where we live is like a wilderness, so anything could happen.’ His wife, Bonakele, added, ‘I fear for him, but when I go into town it comforts me that no one will know he’s here alone.’

Praying to God for strength

Chillingly, Bonakele also told me stories about wives taking payment to arrange the murder of their husbands with albinism. She told me she prays that God will help her to be strong. 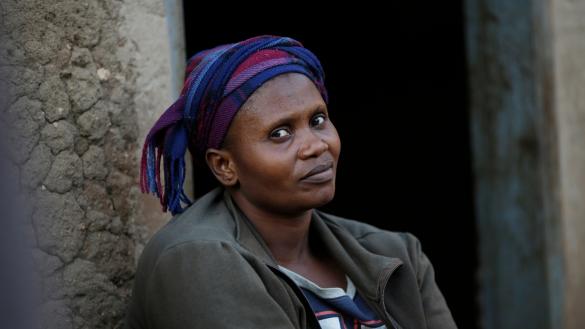 Albinism is an inherited condition which causes a lack of pigment in the body. So Albert has white skin, blond hair and blue eyes. He also has poor eyesight, which is common with the condition. In addition, Albert has skin cancer – a result, he thinks, of years of bricklaying under the hot sun.

I felt a deep sadness for Albert. It may have been the sun dropping behind the mountain, or the fresh coldness in the wind, but his home suddenly seemed a very bleak place.

Finding courage in the Bible

Then I asked Albert about the large print Bible he received earlier this year, thanks to our regular givers through Bible a Month, and he visibly brightened. His eight-year-old daughter, the youngest of three, came out of the house and leant up against her father – and Albert told me about his favourite passage.

‘I like the story of the three boys in the fire, when everyone expected them to burn,’ he said, referring to Daniel chapter 3. ‘But there was a fourth man in there… Jesus. And the boys were unharmed. This tells me that even if I am in trouble, God is always by my side.’

I live because the Lord is with me, and when I read this Bible, my soul is revived

He added, ‘Jesus is in my heart and in my mind. Our home is entirely covered by God’s grace. I live because the Lord is with me, and when I read this Bible, my soul is revived.’

How your support is making a difference 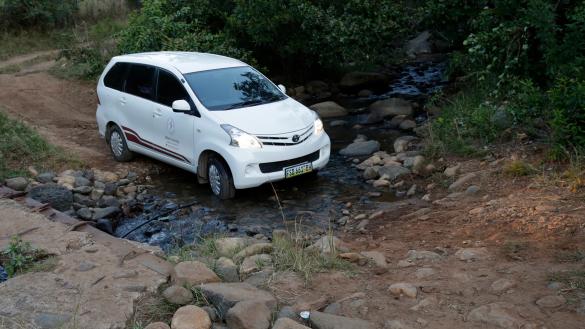 Our team tackles the dirt roads

As we bounced along dirt roads on the long drive back to Bible Society’s offices, I learn that Bible Society have been one of the only organisations in Swaziland to condemn the ritual killings of people with albinism.

The team have run a conference to raise awareness of the issue, and have appeared in national media. Last year, thanks to our amazing supporters, they distributed 450 Bibles to people with albinism and their families. In 2017 they’ve already handed out 200 Bibles, as well as suncream, hats and sunglasses.

Albert is so grateful for the support of people like you and he asked me to pass on a message: ‘I want to thank you very much. May God give you strength and courage for the work, and grant you blessings in abundance, so you can help others in Swaziland and beyond.’ 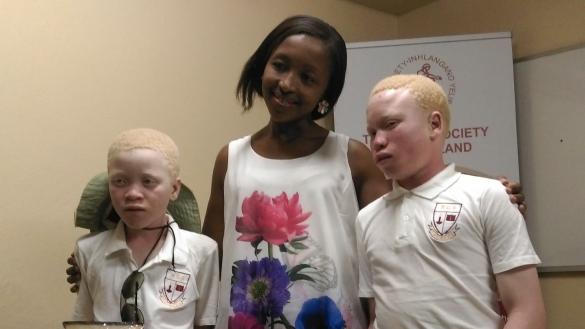 Stand alongside those living in fear

In Swaziland, people with albinism live in fear because people want their body parts. You can bring them comfort and hope today. 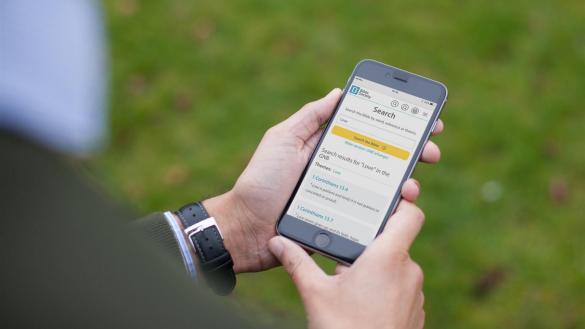 Find out about the Bible, and its history, also try using our improved Bible search to find the passage you're after, or search the Bible by keyword. 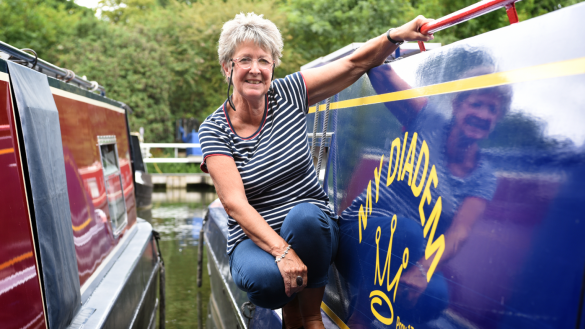 'We have 13 grandchildren. The oldest is 22 and the youngest is four. When we got a boat for holidays they all wanted us to use their initials to make a name for the boat. That didn’t work...'