The story of Bible Society and its founding revolves around three remarkable, yet markedly different, individuals: a determined Welsh girl, a visionary Welsh pastor, and a campaigning MP. 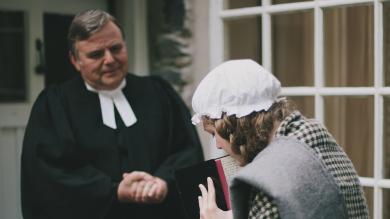 In 1800 a 15-year-old Welsh girl named Mary Jones trekked 26 long miles through the rugged terrain of north Wales to buy a Welsh Bible. Mary was so determined to have a Bible of her own, in her own language, that she saved up for six long years before her walk to Bala.

With the help of Revd Thomas Charles of Bala, who arranged lodgings for Mary and sold her three Bibles for the price of one, Mary Jones’ determination was rewarded. Her story – and her unswerving desire to get hold of God’s written word – soon became the talk of the churches in the area.

That question, posed at a meeting of the Religious Tract Society on 7 December 1802, would reverberate across Wales and, ultimately, the world. It was the moment that set in motion the founding of our society. 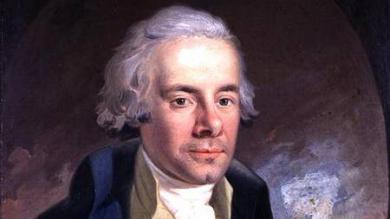 Captured by the vision of God’s word being available for all people of the kingdom and wider world, William Wilberforce and other members of the Clapham Sect decided to do what they do best – they decided to act. They made this vision part of their campaign to ‘make goodness fashionable’ – in the hope of inspiring people to fall in love with the Bible and a Biblically-inspired lifestyle.

On 7 March 1804, at a meeting of around 300 at the London Tavern in Bishopsgate, Wilberforce and the campaigning groups he was a part of formed the British and Foreign Bible Society. At this moment, they could only begin to imagine what this society would achieve in the coming years. 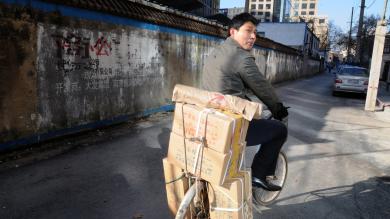 Since that day over 200 years ago, the British and Foreign Bible Society has become Bible Society – a charity committed to offering the Bible to the world.

We have won the admiration of royalty, from George III through to our current monarch, Elizabeth II. Our work has survived, even thrived, through the unfolding events of two World Wars. We persevered to find openings in the communist Soviet Union and during the Cultural Revolution in China. There are now about 150 local Bible Societies around the world, which undertake the work in their locations. In 2011, we celebrated the 400th anniversary of the King James Bible with cultural events across the country.

Today, we stand on the shoulders of these giants of our past – Mary Jones, Revd Joseph Hughes, William Wilberforce and others – committed to faithfully living out their belief that the Bible should be made available for every man, woman and child in the world.