Welcoming the stranger: What does the Bible say about refugees?

Today marks the beginning of Refugee Week, when we're encouraged to think about people who leave their homes and embark on often dangerous journeys to strange lands.

According to UNHCR, there are 68.5 million people who've been forcibly displaced from their homes worldwide – that's more than the population of the UK. Of these, 40 million are internally displaced, forced to move within their own countries usually because of conflict, while 25.4 million have fled to other countries. Some of these live in very poor conditions, perhaps in camps with few facilities and little security. Others are absorbed more successfully into local populations and make valuable contributions to their host communities. Sometimes refugees are welcomed. Often they struggle to be accepted, as local people resent the pressure they put on services and the competition they represent for jobs.

What does the Bible say about refugees? The word never appears in the Bible, but the biblical writers were well aware of the issue. In today's world, how to handle the refugee crisis – which is driven by conflict, persecution, poverty and climate change – is a highly political question. While it's not possible to extract specific policies from the Bible, there are principles that emerge very clearly.

In the Old Testament, God's people are commanded: 'Don’t mistreat any foreigners who live in your land. Instead, treat them as well as you treat citizens and love them as much as you love yourself. Remember, you were once foreigners in the land of Egypt. I am the Lord your God' (Leviticus 19.33-34).

There are also laws about providing for non-Israelites: Leviticus 23.22 says: 'When you harvest your grain, always leave some of it standing around the edges of your fields and don’t pick up what falls on the ground. Leave it for the poor and for those foreigners who live among you. I am the Lord your God!'

Deuteronomy 14.28-29 commands God's people to keep a tenth of their harvest every third year for 'orphans, widows, and foreigners': 'If they have enough to eat, then the Lord your God will be pleased and make you successful in everything you do.'

Deuteronomy also says that foreigners are to be included in the life of the community – they are to be invited to the Feast of Tabernacles, the celebration after harvest (16.15).

The New Testament was written in a different context. However, it too has advice about hospitality and welcome. 'Be sure to welcome strangers into your home. By doing this, some people have welcomed angels as guests, without even knowing it,' we read in Hebrews 13.2, while 1 Peter 1.17 reminds us that we're all foreigners: 'You say that God is your Father, but God doesn’t have favourites! He judges all people by what they do. So you must honour God while you live as strangers here on earth.'

All these texts indicate that refugees are to be honoured, provided for and welcomed. For Christians, a grudging or discriminatory approach towards refugees is completely unacceptable.

At the same time, we need to recognise the complexities of today's world. It isn't necessarily possible to apply ancient rules of hospitality uncritically to situations where there are mass movements of people – though many Christians argue that in the UK, for instance, we could be far more welcoming than we are. (The UK received 37,453 applications for asylum in 2018, compared with Germany's 162,000 and France's 110,000.)

Another ingredient of the puzzle is our loyalty to our own countries, where we were born and brought up. One of the most shattering experiences of the Jewish people in the Old Testament was their exile in Bablyon in the sixth century BC. They did not go voluntarily – they were forcibly removed. But the prophecies and psalms that sprang from that experience speak movingly of their desire to go home, back to the land they loved.  Psalm 137 is a powerful expression of sorrow for what they have lost: 'Here in a foreign land, how can we sing about the Lord? Jerusalem, if I forget you, let my right hand go limp. Let my tongue stick to the roof of my mouth, if I don’t think about you above all else' (4–6). In many cases, helping refugees return home by working for their safety and prosperity there might be the best thing we can do.

Finally, it's not a coincidence that Jesus himself was a refugee. After the Magi left Bethlehem soon after his birth, his parents fled from Herod to Egypt. The young family facing a perilous journey on foot, leaving a vengeful and ruthless enemy behind them, recalls the pictures we've seen on our TV screens of people fleeing violence in Syria, Iraq, Myanmar and many other places. How would we respond if the refugee on our doorstep were Jesus himself? In the famously challenging passage in Matthew 25.31.46 about the last judgement, one of the groups of people with a claim on our care is the 'stranger'. 'Whenever you failed to help any of my people, no matter how unimportant they seemed, you failed to do it for me,' says Jesus.

To find out more about what the Bible says about refugees take a look at our helpful study guide Love the stranger. 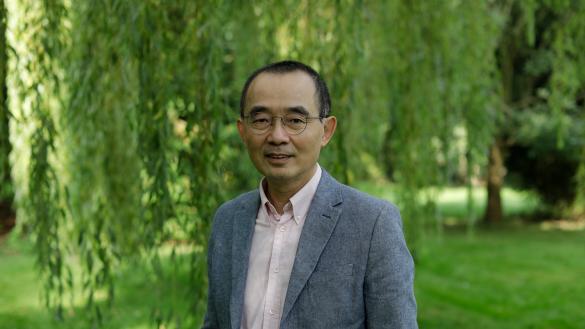 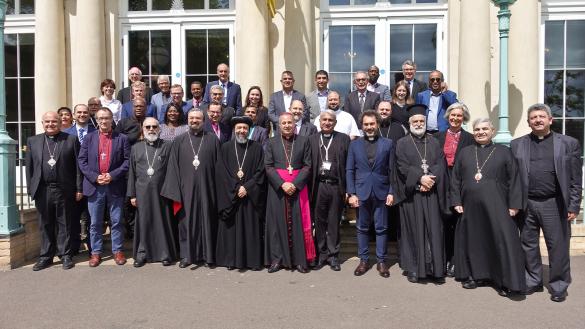