One year on: 5 things we've learned from Covid-19

Today marks one year since the first lockdown began. Not many of us expected we'd still be where we are now, 12 months later. While there might be light at the end of the tunnel, we're not out of it yet – and we're deeply conscious that many parts of the world have much further to travel than we do.

Still, though: a year is a significant milestone. During it, much has changed for many of us. Here are five things we've learned.

1. We're more vulnerable than we thought. There's something forecasters call a 'black swan' event, named from a time when people didn't believe black swans existed and so no one would ever see one. It's an event that comes out of nowhere and radically changes things. Covid-19 is our black swan. It's killed millions, devastated the lives of survivors, dealt a profound shock to economies, exposed massive failings in health services and forced the state to regulate our lives to an extent we'd hardly have believed possible. Vaccines notwithstanding, we're facing a grim autumn of rising unemployment.

Often in the Psalms, the psalmist reflects this sense of precariousness – we're much closer to disaster than we think. In Psalm 46 he writes of mountains falling into the ocean, the hills shaking and the earth dissolving. But there's also a deep faith in God as our protector: ‘The LORD Almighty is with us; the God of Jacob is our refuge’ (verse 7). Life is precarious, but God is faithful. 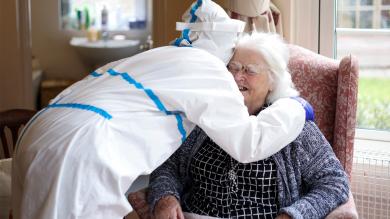 2. We really need other people. One of the hardest things for most of us is how we've been prevented from seeing people we care for, and who care for us. Family and friends turn out to be really important. The isolation of elderly or vulnerable people from their children and grandchildren has been particularly hard. Those who've been forced to cope at home with little if any support have often suffered a great deal. Working from home isn't all it's cracked up to be. We've missed the ordinary exchanges with strangers that add a little texture to our lives. And we have really, really missed going to church.

The apostle Paul told the Galatian Christians, ‘Help to carry one another's burdens, and in this way you will obey the law of Christ’ (6.2). There are burdens we'd love to carry for others, and burdens of our own we wish someone could share. This year, many of us have felt we're on our own.

3. It's not fair. What some researchers call the 'zoomshock' from the sudden shift to working from home has hit poorer people far harder than richer ones. If you're a white-collar worker with a fast broadband connection, you're probably doing OK, at least financially. But the low-paid workers who used to serve you your morning coffee and lunchtime snacks are unemployed or furloughed, and their jobs may never come back. In terms of death rates, Covid has hit people in service and ‘elementary occupations’ far harder than it's hit professional people. Minority ethnic people have been more likely to die than white people. We clapped for carers, but they're the ones who were more likely to catch Covid and die. Should we accept this as inevitable, or should it make us hunger for change? 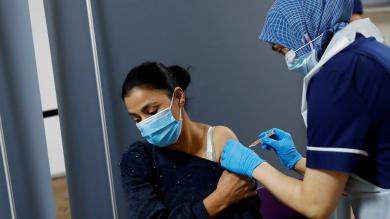 As these words are written, news has just broken of an astonishing find of ancient scroll fragments in the Judean desert. Among them are the words of Zechariah 8.16: ‘These are the things you should do: speak the truth to one another. In the courts, give real justice – the kind that brings peace.’ These ancient words still speak today.

4. We need less than we thought we did. With all that we've lost, many of us have found there's been a kind of liberation in stepping off the treadmill. We might miss people, or work, or activities we used to enjoy. There's no doubt that many of us have been damaged by what's happened. But others have found a kind of release; we don't need to be busy, or to compete, or to consume so much. We can take time. We've rediscovered nature. Christians have found themselves reading the Bible and praying more. The Bible speaks of the importance of 'sabbath' – rest from work, the relentless busyness of producing and consuming. Or, as the Preacher puts it in Ecclesiastes: ‘Go ahead – eat your food and be happy; drink your wine and be cheerful. It's all right with God’ (9.7).

5. God is faithful. The Church, too, has lost during the pandemic. Some work has ceased. We've had to get used to Zoom and YouTube services, and we've worried about people being excluded. We don't yet know what the long-term effects will be. But we do know that churches have served, too, through foodbanks and ministries of befriending. Online worship has excluded some – but it's included others. Here at Bible Society we've been humbled by the continued generosity of our supporters and friends, who share our vision of hope. Christians know that we don't need to fall into despair, for ourselves or for the world. As the author of Lamentations wrote in the darkest of times: ‘The LORD's unfailing love and mercy still continue, fresh as the morning, as sure as the sunrise’ (3.22–23).

It's too soon to rejoice. But there is hope, because God is faithful.

If you want to respond to what's happened this year, in grief, petition or praise, why not add a leaf to our Prayer Tree? 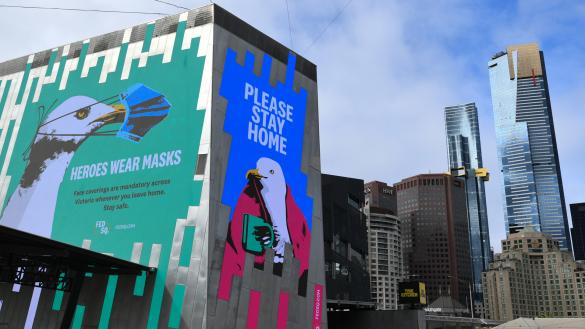 Christians are gaining hope and confidence during the pandemic through reading the Bible, a survey finds

The findings come in a survey for Bible Society, carried out by Christian Research. 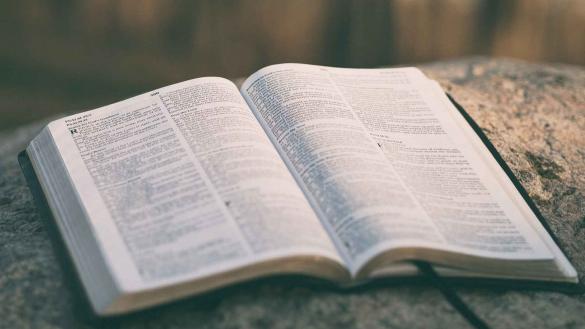 Telling a better story: The latest from Bible Society. 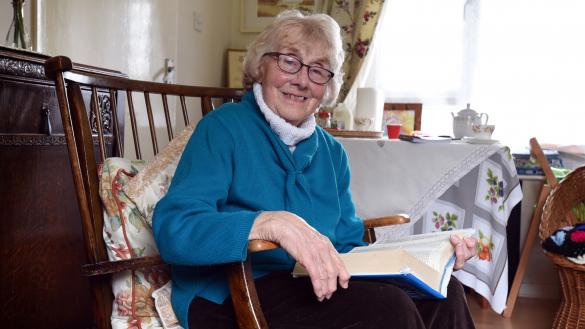 Stories of the Bible impacting lives