Through September and October churches of most denominations have a Harvest Festival. The modern harvest festival developed over time, drawing on biblical themes and local traditions.

Exodus 23.16 says, ‘You shall keep the feast of ingathering at the end of the year, when you gather in from the field the fruit of your labour’ (NIV). It is described in Exodus 34.22, where it is called the ‘Festival of Ingathering at the year's end’ in the traditional King James Version or the ‘Festival of the Final Harvest’ in the New Living Translation. It marked the end of the harvest and thus of the agricultural year.

Thanksgiving Days
The Book of Common Prayer, used by the Church of England, provides for special Thanksgiving prayers for specific occasions such as times of rain after drought, peace, deliverance from plague, and for plenty.

However the mid-1840s were generally years of poor harvests known as the Hungry Forties. Most catastrophic of all was the Irish Potato Famine. When there was a great harvest again in 1847, a national Harvest Thanksgiving Day was set for Sunday October 17, 1847 when churches made collections for poor relief in Ireland. Poor harvests again followed, but in 1854 there was another great harvest.

In early Harvest Thanksgivings the church would be decorated with the last sheaf of corn from the harvest. Over time the decorations became more elaborate with people bringing in vegetables, fruit and flowers. Deuteronomy 16.10, says ‘celebrate the Harvest Festival, to honour the LORD your God, by bringing him a freewill offering in proportion to the blessing he has given you’ (Good News Bible).

Harvest hymns
As Harvest Festivals became more popular, hymns were written for such occasions, drawing on the Bible. Many which are still sung today date from the Victorian era. ‘All things bright and beautiful’, based on Psalm 104.24–25, was published in 1848. ‘We plough the fields and scatter’, where the chorus is based on James 1.17, was translated into English from German in 1861. ‘Bringing in the Sheaves’, based on Psalm 126.5–6, was written in 1874. Another hymn called ‘Hear us, O Lord’ or the Manx Fishermen’s Hymn, published in 1896, references the ‘silver harvest of the sea’.

When to hold a harvest festival
There is no set day for Harvest Festivals. In Britain they are almost always held one day in September or October, depending on when the local harvests are all completed. In rural areas the Harvest Festival came to be one of the great occasions, along with Christmas and Easter, when people who did not normally attend church might come along. In some villages where there might be more than one church of different denominations, it was common for the churches to deliberately hold their Harvest Festivals on different Sundays so that people could attend more than one. In rural areas where one vicar might have more than one parish church to look after they will normally ensure that each of the Harvest Festivals are on a different Sunday. Typically the food on display was given to a local hospital, children’s home, or auctioned for charity, or these days given to a local food bank.

Harvest Festivals were also adopted elsewhere. Schools, clubs and public houses would also organise them, and invite the local minister to come along to conduct the service. Although not so common in pubs now, they are still common in primary schools.

Harvest of souls
Another theme of harvest found in the Bible is that of the great harvest of souls at the end of time. Matthew 9.37–38 Jesus said to his disciples: ‘The harvest is plentiful but the workers are few. Ask the Lord of the harvest, therefore, to send out workers into his harvest field’ (NIV). Jesus then told what we often call the Parable of the Tares (or the Weeds), in Matthew 13.24–30. Jesus went on to explain, in Matthew 13.37–39, that ‘The one who sowed the good seed is the Son of Man. The field is the world, and the good seed stands for the people of the kingdom. The weeds are the people of the evil one, and the enemy who sows them is the devil. The harvest is the end of the age, and the harvesters are angels’ (NIV).  In the last book of the Bible, in Revelation 14.15, it says ‘Thrust in Your sickle and reap, for the time has come for You to reap, for the harvest of the earth is ripe’ (King James Version). In the last line of his hymn ‘Come, ye thankful people, come’, Revd Henry Alford called it ‘the glorious harvest home!’ 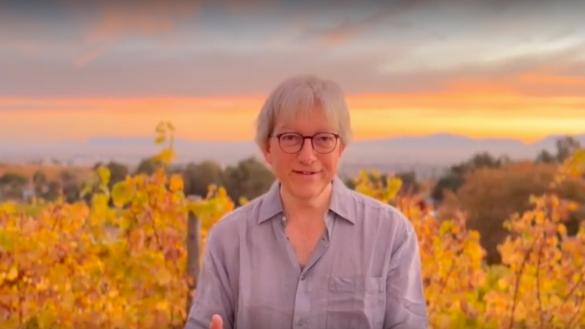 What does God have to say about the city?

Ahead of the Gather Movement Summit next month, Paul Williams will be leading a masterclass looking at what the Bible says about the city. 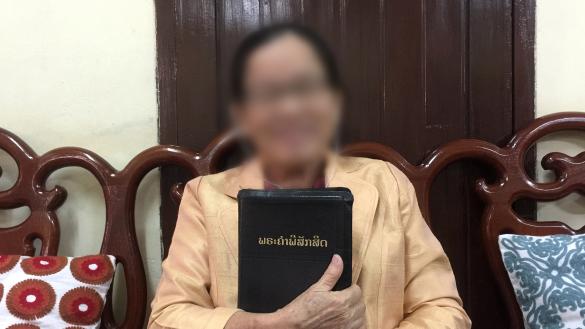 Church in communist Laos so grateful for Study New Testament

Christians in communist Laos, one of the poorest countries in East Asia, are praising God and thanking Bible Society supporters.