This is a letter from Paul, Silvanus and Timothy to the church in Thessalonica. It is one of the most encouraging and affirming of all Paul’s letters and in it you can see his real affection and admiration for the Thessalonian Christians. Paul says he had been worried about the faith of the Thessalonians but was reassured by Timothy, who went to visit them and reported back to him that it was strong and secure. Paul does offer them advice, but it falls much more strongly into the category of ‘continue as you are’ than the need for them to change, as it does in most of the other letters.

13But we do not want you to be uninformed, brothers and sisters, about those who have died, so that you may not grieve as others do who have no hope. 14For since we believe that Jesus died and rose again, even so, through Jesus, God will bring with him those who have died. (1 Thessalonians 4.13–14)

16Rejoice always, 17pray without ceasing, 18give thanks in all circumstances; for this is the will of God in Christ Jesus for you. (1 Thessalonians 5.16–18)

May the God of peace himself sanctify you entirely; and may your spirit and soul and body be kept sound and blameless at the coming of our Lord Jesus Christ. (1 Thessalonians 5.23)

This is one of Paul’s most straightforward letters; probably one of the trickiest elements of the book is that Paul seems to believe that Jesus would return while he, Paul, was still alive. The question you will need to wrestle with is whether Paul was wrong or whether we are misunderstanding what he was talking about.
It also has one unusual feature: it is the only letter that has no quotes in it at all from the Old Testament.
1 Thessalonians gives its authors as Paul, Silvanus (called Silas in Acts) and Timothy. Paul is clearly the lead author but he talks in the first person plural (we) throughout the epistle, implying that Silvanus and Timothy did collaborate with him in writing it.

Paul is probably the best–known of all the early Christians. Before encountering Jesus Christ on the road to Damascus, he was a zealous Pharisee who sought to maintain the purity of Judaism. After his experience on the Damascus road, he turned his zeal to proclaiming Jesus Christ among the Gentiles. This brought him into conflict with some other early Christians, not least Peter, who thought that followers of Jesus should convert to Judaism. He travelled around the Roman Empire (though primarily in Asia Minor – modern-day Turkey – and Greece) proclaiming the good news and founding communities of Christians as he went. He also wrote a large number of letters, 13 of which are preserved in the New Testament. 1 Thessalonians is one of these.
Silvanus is assumed to be the Silas referred to in Acts, who accompanied Paul on his first and second missionary journeys. He is first mentioned in Acts 15.22 where he was selected by the Jerusalem church to accompany Paul and Barnabas back to Antioch. From there he travelled onwards with Paul. He was with Paul in Philippi where they were both imprisoned but freed by an earthquake. He is mentioned as co-author of 1 and 2 Thessalonians, and also mentioned in 2 Corinthians (1.19) and 1 Peter (5.12).
Timothy was born in Lystra in Asia Minor of a Jewish mother and Greek father. Acts 16.1–3 recounts his meeting with Paul in Lystra and Paul’s desire to take him with him on his journeys. Paul often sent Timothy to communities he had founded to take letters to them and so that he could report to Paul about what was going on, as indeed he did with the Thessalonians (see 3.2 and 3.6). Two letters in the New Testament (1 and 2 Timothy) are reputed to be letters of encouragement from Paul to Timothy in Ephesus. Christian tradition identifies Timothy as the first Bishop of Ephesus.

1 Thessalonians was one of the earliest Pauline epistles, if not the earliest, and can probably be dated to AD 50 or 51.

The Thessalonians seem to have been confident and strong in their faith.

An epistle, or letter. As with all of Paul’s epistles, this is a letter addressing the particular concerns and issues of its recipients. Unusually for Paul's letters, there did not seem to be much wrong with them. Paul was encouraging and supportive of what they were doing.
1.1–10 Opening, greeting and thanksgiving
2.1–20 Paul’s past interactions with the Thessalonian Christians
3.1–13 Timothy’s visit
4.1–5.25 Response to issues and concerns within the church (especially relationships to one another, mourning for those who have died and preparation for the day of the Lord)
5.12–25 Guidance on how Christians should behave
5.26–28 Closing

There will be names you will not know; don’t worry if you can’t place them all. The key ones are given below.

The Thessalonians seem to have been having a hard time; Paul mentions persecutions more than once. Look out for this theme throughout the book.
One of the striking themes of 1 Thessalonians is the second coming of Jesus. In 4.17 Paul talks about ‘we who we who are alive, who are left’, which implies that he expected to be alive when Jesus returned. This is an important theme at the end of chapter 4 and the beginning of chapter 5. It is this that provides the basis for hope.
Another theme in the book is imitation. Keep an eye open for this, especially in the first two chapters.
Some people think 2.14–16 was not originally part of the letter but was added in later, because the language and style is very different from the rest of Paul's writing. Have a look at these verses and see what you think.
The theme that's apparent through the whole book is hope. Reflect on what difference the kind of hope that Paul is talking about here makes to the way in which we live our lives.
Download/Print/Read guide Share with friends 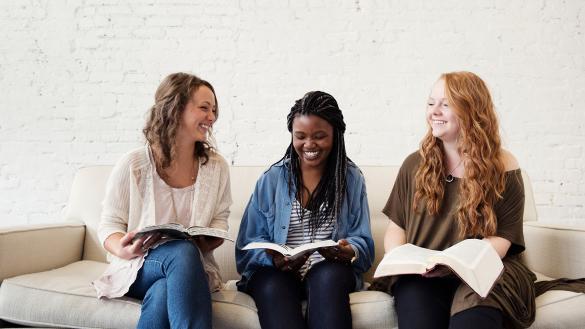 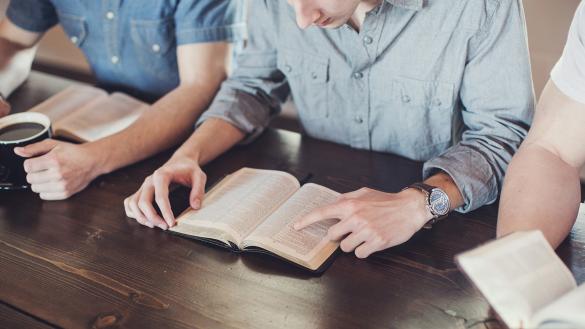 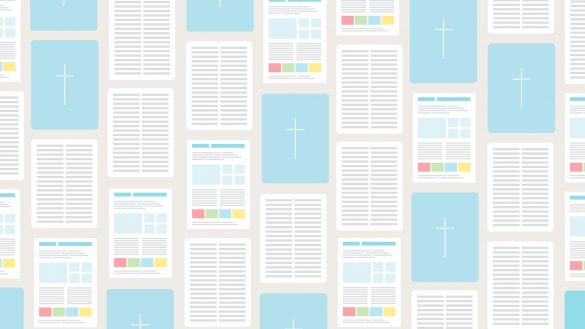 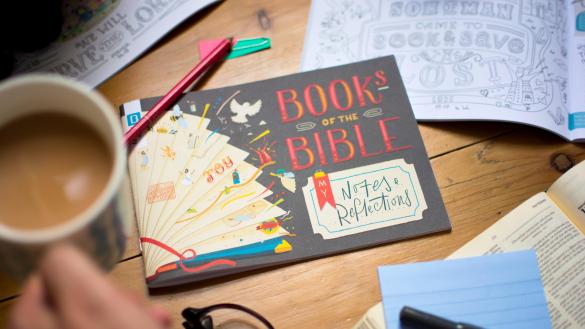 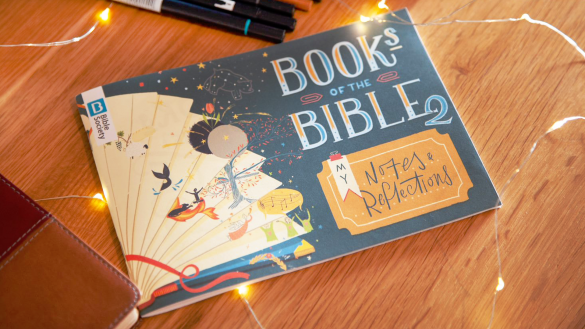