Ministry in the midst of danger

Running Bible Society in Pakistan is a risky business, but it doesn't stop Anthony Lamuel. Find out how he's sharing God's work and strengthening the Church in a place where Christians are a persecuted minority.

Anthony Lamuel arrives at the office. He passes the steel reinforced concrete planters, which prevent cars ramming the building. Notes the 16 CCTV cameras circling the building. Walks through an airport-style scanner and down a narrow, 10ft-long corridor lined with steel-reinforced doors. In the reception area he greets security staff, who have guns slung over their shoulders, and stretches out his arms to be frisked while someone searches his bag.

This is Bible Society in Pakistan. This is what our ministry looks like in one of the most dangerous countries in the world in which to be a Christian[1].

‘Let me be honest,’ said Anthony, who has led our work in Pakistan for almost 20 years, and has been on staff for the last 37. ‘In the back of the mind, the fear is always there. But in the jungle you have wolves and tigers – and the rabbit has to come out of his hole some time.’ 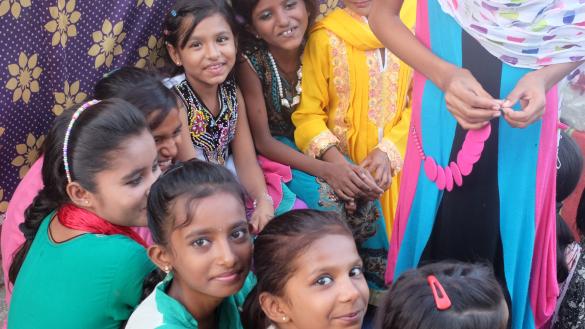 Christians are in the tiny minority in this country – some 2.5 million people, around 1.6% of the population. Most are rural people, and 80% live below the poverty line. They are the cotton pickers, the factory workers, the cleaners and labourers. In the city they live in slums and shanty towns. Most face exploitation, prejudice and oppression.

Since the 9/11 attacks in America, pressure on Christians has intensified. ‘The problem is that we are identified as Westerners,’ said Anthony. ‘At the same time, radicals label every non-Muslim as an infidel – and killing them is a big honour to Allah.’

There has been a spate of deadly assaults in recent years. Back in 2009, a church and homes were torched, and eight people were burnt alive. In 2013, over 80 people were killed in a twin-suicide bombing at a Peshawar church.* Two blasts at churches in March 2015 killed 14 people and injured more than 70. And last Easter Sunday, 75 people, including many children, were murdered when a suicide bomber targeted a Lahore park.

The Church here is one generation away from extinction

Bible Society’s bookshop in Karachi was attacked too, just over 10 years ago. But Anthony is a high profile figure in Pakistan, and his reputation and Bible Society’s credibility affords a level of protection. 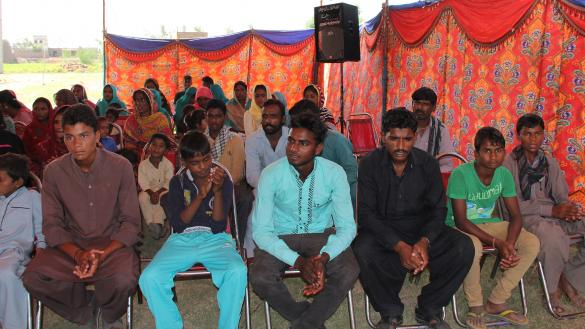 ‘Many Muslim groups take out magazine ads to try to discredit us, but we are a respected organisation,’ he said. ‘The government wants to protect freedom of worship and needs to show it is taking action against terrorists.’

As well as helping to install the security measures at our head office, the authorities dispatch two police officers every week to stand guard over Anthony’s church. The armed officers sit in the tower at St Andrew’s, in Lahore, during services and visitors are questioned before entering.

So what is Bible Society doing in the face of such tremendous challenges? Anthony has two key aims: to strengthen the Church, and share God’s word.

‘This is a marginalised Church,’ said Anthony, ‘so when Christians brush shoulders with others in open society, their beliefs are challenged. If they are well equipped, they can withstand the pressure.’

In the two decades since he’s been in charge, Anthony has produced two children’s Bibles, two study Bibles, one New Testament with notes, a full Sunday school curriculum for children and has equipped seminary students. He focuses on young people because a staggering 46% of Pakistan’s population is under 15 and a further 22% is aged 16 to 30. ‘The Church here is one generation away from extinction,’ he says. 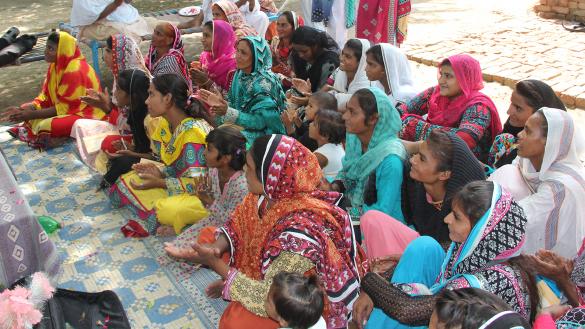 He’s also launched a Bible-based literacy programme because so many women and girls, in particular, are illiterate. ‘Only half of school age children go to school, and half of those drop out within three years,’ said Anthony.

‘That’s a challenge. We focus on women because mothers are pivotal in Pakistani culture; a mother who reads the Bible to her children will bring light into the whole family.’

Anthony’s other key aim – to share God’s word in this difficult context – is the work that puts him in real danger. But he’s smart, and careful. ‘Constitutionally, I have a right to worship, evangelise and buy and sell Bibles – but it’s not wise to do some things,’ he says.

More than 40,000 Bibles a year are sold from our shop in Lahore, to anyone who wants to buy one. And we are constantly replenishing the stock of Gideons New Testaments in hospitals as so many are pocketed and taken home by patients.

It’s not easy, but if we leave, what will happen?

‘For every Bible which goes out,’ says Anthony with a smile, ‘it’s my vision and prayer that the Holy Spirit will speak to the reader.’

‘I could have left Pakistan many years ago,’ he reflects. ‘But this work is a commitment, a calling. It’s not easy, but if we leave, what will happen? Christians are fearful and need support. And for those who are seeking out the truth, we must be here to serve them.’

This article first appeared in Word In Action, Spring 2017. Subscribe to get a free copy of Word In Action delivered to your door three times a year.

*This is figure has been corrected since going to print. 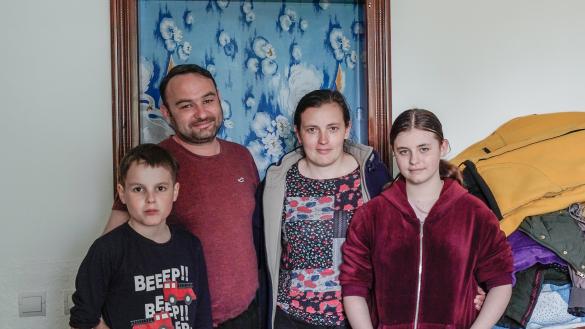 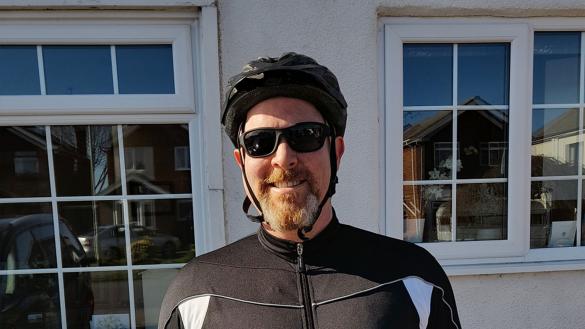