‘When I first became a Christian, everything was very hard, trying to change. I still had the urge to drink and take drugs. But I found that if I read Luke 15, the story of the Good Shepherd, that would make the urge go away. I felt I was that one sheep that he was looking for. I felt a peace with everything then.

‘When I was young, maybe 14 or 15, I started smoking cannabis. When I was 16, I started drinking. Then I started taking amphetamines, cocaine and ecstasy. When I used to drink, I used to get in trouble for fighting. Once a month I would get banged up, easy.

‘I was about 17, just passed my driving test, and the boys introduced me to prostitutes. For about two years, I used to go Friday, Saturday and once in the week, and on Friday I would go twice, straight from work, and in the evening. I was probably just trying to fit in. I was easily led. I was like a whirlwind. You never knew what was going to happen.

‘If I feel a little bit stressed, I read it and the stress just goes. It reminds me of what my life was like and what it’s like now.' 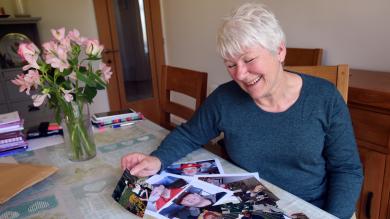 ‘'I couldn’t live without the Psalms, particularly when my husband died. Steve and I met at university. We were married for 34 years. He was saintly, compassionate and mischievous. When we got married, I knew that he had a mystery illness. After fiv...’ Read story | Darllen y stori yn Gymraeg 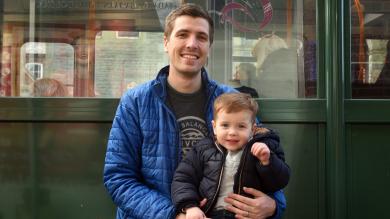 ‘‘I was in my late teens, and I suppose I was at the point of trying to decide on the direction of my life and what life would look like. I was at Soul Survivor, and sat down and read Joshua 1.9. It says, “Have I not commanded you? Be strong and c...’ Read story | Darllen y stori yn Gymraeg 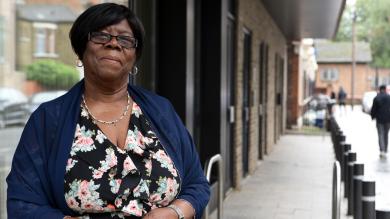 ‘‘Psalm 23 is what I always go to in the ups and downs of my life. I always hold onto it. My son used to have a lot of trouble with the police and was in and out of trouble. It was theft, stupid things, breaking into cars. It was a worry for me. I d...’ Read story | Darllen y stori yn Gymraeg 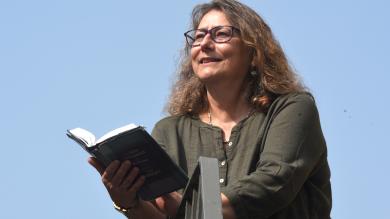 ‘‘I’ve written for years. I’m writing my second book. My dream is to get the book out there for people to read. I love my characters and they are part of my life, and I find it exciting finding out what’s going to happen. But, I’ve only sold...’ Read story | Darllen y stori yn Gymraeg 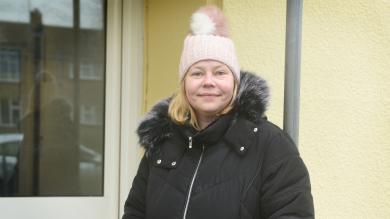 ‘‘When my son was 16 months old, I woke up in the middle of the night and found myself on my knees crying and praying. I realised that I had to leave my marriage, which was full of domestic violence, or my son would be killed. We escaped shortly aft...’ Read story | Darllen y stori yn Gymraeg 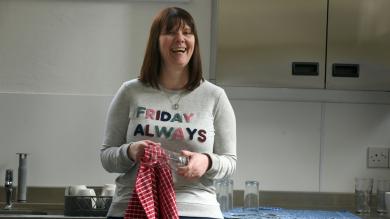 ‘‘I was cleaning my house and I kept hearing the word “Deuteronomy” in my head. I was wondering what that meant. Mostly, I use the internet to find things out. I found a video on YouTube that takes you through Deuteronomy and how God is cleansin...’ Read story | Darllen y stori yn Gymraeg