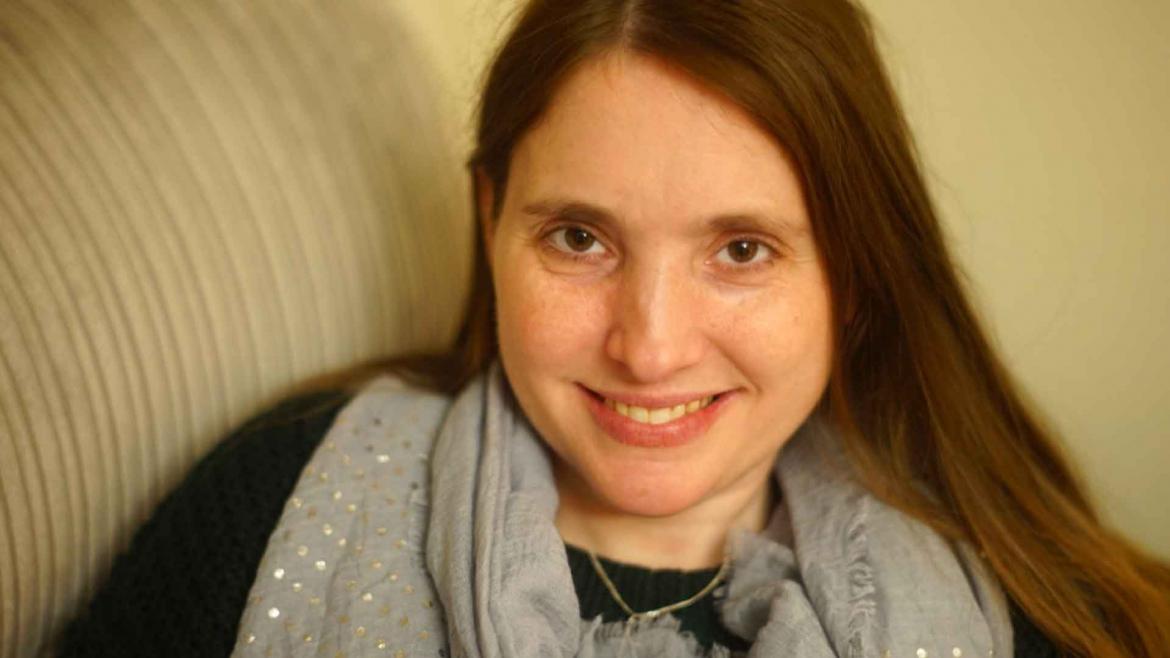 ‘I’m a music therapist, and my work has basically stopped. I haven’t worked for four or five weeks. I also have a lung condition – cystic fibrosis – so I’m shielding at the moment. It’s kind of weird. It’s strange to be told that you are extremely vulnerable.

‘I’m trying to get into a bit more of a routine and have a quiet time. It comes and goes as I’m feeling mentally exhausted. The first few weeks with everything going on were really, really exhausting.

‘Quite near the beginning of this, I decided to read the book of Joel, at random. It’s about a plague of locusts that changed society, that was a big disaster. I thought, “Wow, that’s really relevant to now!”

‘Joel encourages people to grieve. We can try to skip over grief and lament. We can say that things aren’t as bad as they seem. But Joel says that we should grieve these losses. It’s a big thing. What I took from that is that we should grieve for what’s going on. There’s so much suffering for people, and although we’re all in it together, everyone’s struggling in different ways. We are all fighting our own battles. It’s okay to remember that things are overwhelming and to grieve that, and say, “This is too much, God” because it’s not too much for him. He’s not overwhelmed by it.’